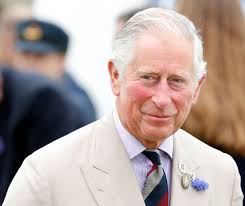 London: Britain’s Prince Charles, who tested positive for the Novel Coronavirus, has been cured through Ayurveda and homoeopathy treatment, Union Minister of State for AYUSH Shripad Naik claimed on Thursday. Naik said that the 71-year-old heir to the British throne, who had shown “mild symptoms” and had opted for self-isolation, was treated from a Bengaluru-based holistic resort, SOUKYA.

“I got a call from Dr. (Isaac) Mathai, who runs the SOUKYA Ayurveda resort in Bengaluru. He told me that his treatment of Prince Charles through Ayurveda and homoeopathy has been successful,” Union Minister of State for AYUSH told IANS.

Prince Charles and his wife Camella, the Duchess of Cornwall, had isolated themselves in Scotland. Camella had tested negative for the COVID-19 disease, but wan put in self-isolation as a preventive measure.

Prime minister Narendra Modi had a telephonic conversation with Prine Charles today and expressed satisfaction that the Prince of Wales had recovered from the infection. Prince Charles thanked PM Modi for Indian government’s efforts assistance provided for England citizens stranded in India.

Prince Charles also lauded the Indian community in the United Kingdom for contributing in whatever possible the way to deal with the coronavirus pandemic.